Since discovering Medellín, Colombia in June 2016, it has become my favorite remote work destination. There are many reasons for this, including the perfect weather (the city’s nickname is the “Land of Eternal Spring”), the low prices for food and housing, the convenient time zones for those working U.S. hours, and the beautiful scenery.

On my latest trip to Medellín, I decided to pair it with a weekend trip to Jardin – a picturesque, coffee-producing town in the Andes located about a 4-hour drive away. I was really glad that I did and would recommend it as an excursion for anyone spending more than 4/5 days in the region.

The drive down is beautiful, although takes you through some winding, bumpy roads (so, if you get carsick easily, it may not be the best trip for you). Note that they are currently building a massive highway between Medellín and Jardín that will cut commute time and make the drive much smoother, which will make getting to Jardín even easier in the next few years.

Although you won’t find 4-star hotels in Jardín, I stayed at a gorgeous Airbnb on a coffee farm with an incredible view. The host, Fanny, owns the coffee farm next door and can cook you breakfast, lunch, and dinner, which you can eat on her balcony. You can also take a tour of her coffee farm.

While the view was stunning and the hospitality was amazing, being out in the Colombian countryside means that you need to give up some luxuries you have in the city. For one, the Airbnb didn’t have hot water (although it was warm enough for a quick shower). Also, there are bugs all around and you need to sleep with a mosquito net and, even with the net, you’re still likely to get bitten (my feet are currently itching like crazy!).

At the center of Jardín is a beautiful town square with a church as the focal point and plenty of restaurants, cafes, and shops all around. The town is definitely affordable, and dinner at a nice restaurant without alcohol will cost you around $5-$6.

In terms of things to do, there are numerous hikes that you can take (many involve seeing waterfalls but all involve amazing views). It’s also a perfect base for paragliding, and you’ll paragliders taking advantage of the views and wind currents throughout your stay.

Overall, if you’re going to visit Medellín for more than a few days, you should definitely look into a trip to Jardín. Although the drive means that a day trip would be pushing it, I felt 2 nights was perfect and would recommend it to anyone who enjoys amazing views and coffee. 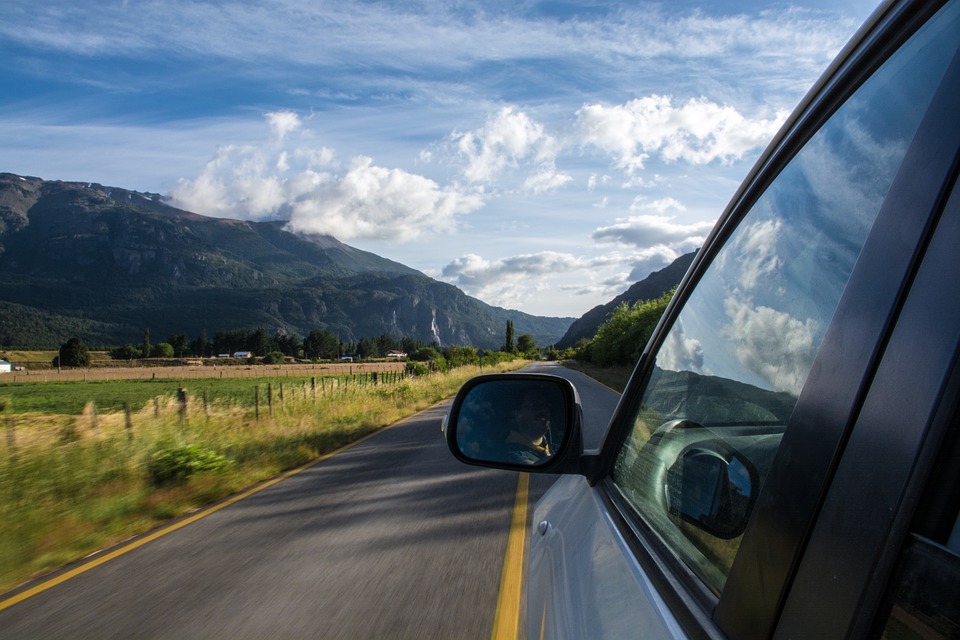 When I first visited Medellín in June 2016, I fell in love with the city. It’s so beautiful, the people are amazing, and it’s so cheap.

Back then, Uber not only existed in Medellín, but it was thriving. They had a product called UberEnglish, where you could pay more to be matched with a driver who spoke English, helping foreigners like myself explore this incredible city.

Before coming to Medellín this time around, I realized something had changed. Before my trip started, I got a message from a friend who had recently returned from Medellín telling me explicitly not to use Uber, because it was now illegal.

My Spanish is pretty awful, so I was concerned with this. One of my favorite parts of using Uber abroad is putting in the destination where I’m going, as it’s hard to explain directions in a foreign language.

When I got to Medellín, I asked a few people if Uber was legal and got varied responses. Basically, the one I found to be true, is that it both is legal… and it isn’t.

Though I am no expert in Colombian law, it seems that UberBLACK is legal whereas UberX is not. With an UberBLACK, you get a car that basically looks like a more fancy taxi, with the license plate number displayed clearly on the side of the car. Important note: it’s only the case that UberBLACK is legal if you get a car that has the credentials printed on the side of the car, which you can’t predict in advance (though for 4 out of 5 of my rides, I did get one of these). On my way from El Poblado to the airport, I got an UberBLACK that did not have one of these license plat numbers on the side, and the driver specifically told me that if the police stopped us, we would need to tell them we were “friends.”

The good news is that UberBlack is incredibly cheap here. Most of my UberBLACK rides came in at around $2 USD – meaning that if there wasn’t a legality issue, I would have stilled have used UberBLACK anyway.

Though I can’t point to any laws here to backup the proposition that only UberX is illegal here, on a tour I took with a friend, the tour guide offered to give my friend a ride to the airport the next day. My friend liked the guy and agreed, though on the way to the airport by police officers, checking to ensure he was not in an Uber ride.

If you’re coming to Medellín and want to use Uber, I would recommend using UberBLACK to be safe.

Copa Airlines, a member of the Star Alliance, is putting flights from San Francisco, California to Medellín, Colombia on sale. Flights start at $429 after taxes, with dates found from August through October.

Medellín is an amazing location for working remotely (as well as one of the most beautiful cities I’ve ever visited).

To find this deal, use Google Flights and search for flights between SFO and MDE. 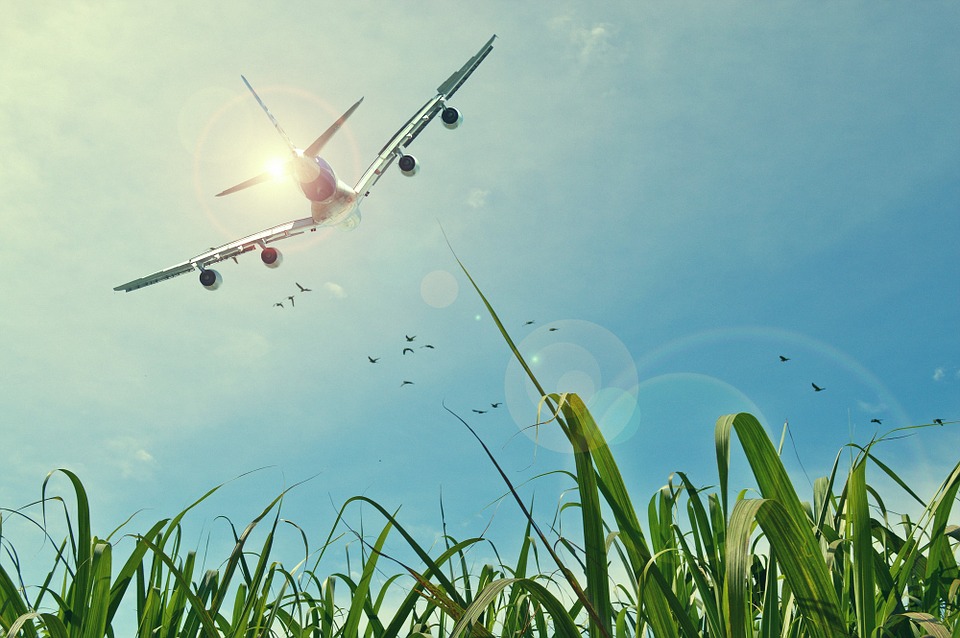 I planned my South America journey (Cartagena, Bogotá, and Santiago, Chile) around an amazing flight deal from Santiago, Chile to San Francisco, California on Air Canada. But, before I could get to this glorious flight back (business class on Air Canada for 50,000 miles), I had to first get down to Santiago.

I found a $235 flight from San Francisco to Cartagena, Colombia, and I figured visiting Colombia would be a fun way to make my way down further south. In booking a flight from Cartagena to Santiago, I was able to snag 2 business seats on Avianca (one from Cartagena to Bogotá and another from Bogotá to Santiago the next day) for 40,000 United miles. This was the saver business price, and the cost for an economy ticket was the same during those days.

What I loved most about this ticket was my ability to spend an afternoon and night in Bogotá. However, my flight to Santiago — which clocks in at just under 6 hours — departed at around 7:30am, which meant I had to leave my hotel at around 4:30am. So, I was pretty exhausted when I got the hotel, and very thankful to have had lounge access.

Avianca is based on Bogotá, so I was expecting something a bit fancier in their main hub’s business lounge. 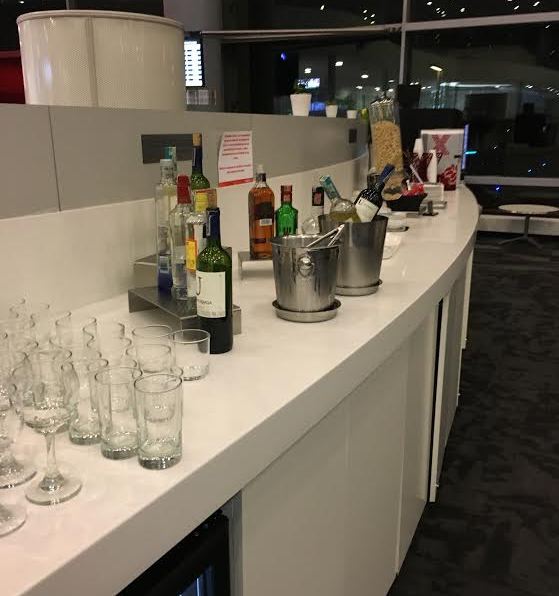 The lounge was very clean and empty around the time I arrived (5:15am or so). There was complimentary drinks and food. The food selection wasn’t amazing (some sandwiches, cereal, and yogurt), and I went with cereal, milk, and orange juice for breakfast.

I was in a bit of a haze, and found two cool areas to sit in. One was a movie theater type area, but at that time, it was mostly being used for sleeping.

The other chair I found was more like a bed, and I liked it because it was easy to bring a tray up to for eating, and there was also plenty of plugs nearby for charging.

The lounge served its purpose – it was relaxing, there was food, and I was able to unwind in peace before my early flight.

The Avianca employees working in the lounge were very nice and accommodating, and spoke English as well. Surprisingly, no one checked my ticket when I entered, but I think it was because it was so early in the morning.

The flight boarded in my least favorite way – everyone lines up by priority, but then gets on a bus where everyone is shepherded off together. To me, this gets rid of the point of purchasing or having priority boarding. By the time you get to the plane, it’s often that the first people on the bus are the last people off of it, and I was worried I wouldn’t have space for my overhead luggage.

When I got to my seat, I was happy enough with the amount of space.

Perhaps I was hoping for a bit more given the 6 hour flight, but I’m pretty small and was able to fit in comfortably. I was also happy that my bag fit under the neat in front of me (on my flight from Bogotá to Cartagena, there wasn’t enough space in Avianca business class for it).

There was also a complimentary bag Tumi bag waiting for me.

In it was ChapStick, socks, an eye mask, a toothbrush, and a few other random items. The socks were especially comfortable and I still use the ChapStick.

Before the flight took off, I was given a menu for the flight’s breakfast. 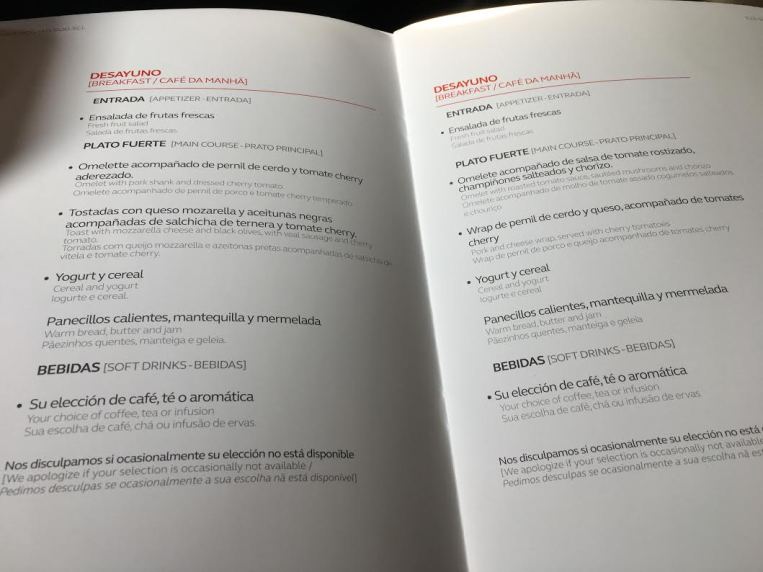 I was excited to get some eggs, as it had been a few days since I had eaten enough protein. I ended up working most of the time in Cartagena, and Bogotá was a blur.

So, I ended up being pretty upset when the flight attendant got to me and told me that they had just run out of the omelet dish. This is especially since I was in seat 2A, a seat I picked to be near the front so that they wouldn’t run out of options.

The yogurt and cereal was basically a snack, so I had to tostadas con queso – I was not impressed. The consistency was pretty awful, and it wasn’t enough to really constitute a meal. If I would have known the food would have been this bad, I would have skipped the Avianca lounge and had a proper breakfast in the airport.

The TV/movie selection was decent on the flight. I watched Birth of a Nation (which I missed when I was at Sundance in 2016) and some American TV shows. The outlet worked fine, and I plugged my phone in and played some games on it as well.

Flying over South America was beautiful, and I wish I had taken more pictures of it. For the most part, all I could see was clouds, but as we got closer to Santiago, snow-capped mountains appeared. Although I normally take an aisle seat, I would definitely recommend a window for this flight if you can.

The flight took off around an hour late and landed about a half hour late. The service was okay during the flight, but really below standard for what I would expect in business class from a Star Alliance airline. If I took the flight again and could get economy for 20,000 miles (which is the saver price), I would do that over the business option again.

While this flight was nothing to write about home (though something to write you about!), the experiences I had in Bogotá and Santiago made up for any lack of service on the flight.