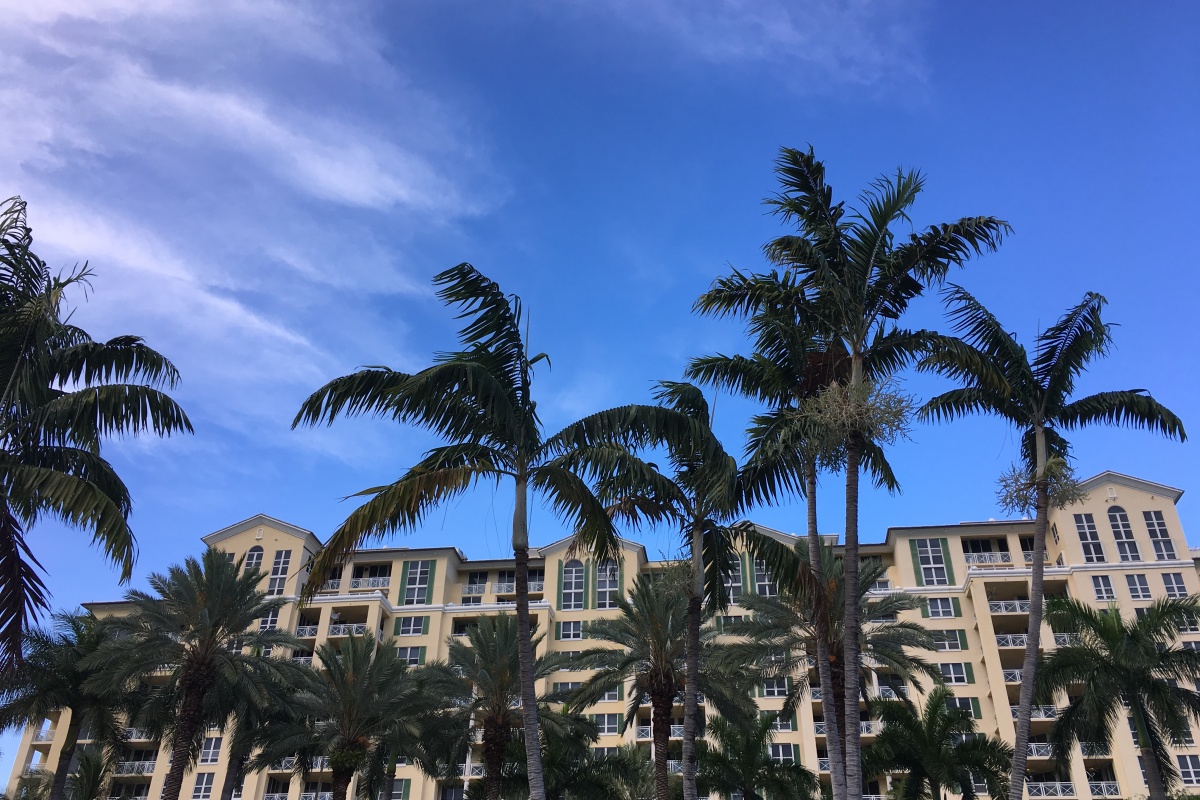 One of the best travel deals I found this year was for 3 nights at The Ritz-Carlton’s Key Biscayne property in Miami.

Key Biscayne is a tiny island that’s both secluded and so close to South Beach you can see it from your balcony. The island is fairly suburban and sleepy, so if you are looking to party in Miami (~30 minute drive to South Beach), this may not be the best location for you.

Luckily, I was looking for a laid-back, poolside weekend, which the hotel happily delivered. I was also lucky enough to a score a lie-flat bed to Miami on my flight over for $106.20, so my weekend of pampering (read: ballin’ on a budget) was already off to a good start when I arrived.

From Miami International Airport (MIA), it’s easy to hail an uber, which will cost you roughly $20-$25 for the ~30 minute ride. The drive is pretty; you ride past the downtown Miami skyscrapers and can see boats go down the Intercoastal.

The Ritz-Carlton Key Biscayne is known for its tennis center. Aside from that, there are 2 pools (an adults-only pool, which is where I spent my time), a “beach” (more on that below), and a pool that can be used by families. There’s also a gym, which is top-notch.

I booked an Oceanfront View room, which had an incredible view of the ocean, South Beach, and the hotel pools.

I cannot say enough good things about the bed – it was incredibly comfortable, and the turn-down service and A/C also helped me sleep like a baby.

The bathroom was big, with a separate shower and bathtub. Also, the room’s entertainment system allows you to log into Netflix, so if you wanted to put on a robe and spend a night binge watching your favorite shows, you definitely can.

If you’re heading to Miami for a beach vacation, this might not be the property for you.

Although the hotel is situated next to the water, the beach is not the crystal clear blue-type water you’d normally expect in South Florida, and it’s not the best swimming beach (lots of seaweed).

Still, you can hear the waves crash at night and I would recommend taking a stroll down the beach and the nearby dunes.

For the right price, I would definitely stay at the Ritz-Carlton, Key Biscayne again. The room was comfortable with a gorgeous view, the property was beautiful, and the proximity to the water are hard to beat.

Note that the trip I took was in June, which is not ideal for visiting Miami, as it’s start to getting way too hot. That said, Key Biscayne is more of a laid-back island with a nice breeze coming through it, and the heat wasn’t unbearable.

What’s your favorite hotel in Miami? Let me know in the comments!

I booked the Radisson Blu Conference & Airport Hotel in Istanbul mainly for its location near the airport. I had a flight landing from Athens at 8:30pm and needed to catch a flight early the next morning, and, with a price tag of $59.62 and decent reviews on TripAdvisor, I decided to book it (it also helped that Hotels.com was running a promotion where I received double points for the hotel booking).

Having already spent a few days in Turkey and having flown into Ataturk, I knew how crazy it could get outside of the airport. So, before my arrival I messaged the airport asking for specifics on their free airport shuttle. I received a message back that said, “We have a free shuttle bus  it takes off from international arrival floor between gate A and B,” and they sent me a schedule showing the shuttle leaves every half hour.

I made it through customs fairly quickly after my flight, and made it outside to wait for the shuttle. There were no clear signs showing where I would be picked up (the outside area of the arrival floor between gates A and B was pretty massive), although other hotels did have dedicated waiting spots.

I exited the airport at around 9pm, so I had plenty of time before the 9:30pm shuttle. Given the unclear signage and instructions, I decided to wait directly in the middle of gates A and B (although I tried asking for help at the airport, Ataturk is pretty busy, loud, and noisy, and I was unable to get assistance). By 10pm, the shuttle still hadn’t shown up, and so I got a cab.

At the end of my cab ride, I was shocked when the driver demanded 20 Euro from me. I had been told that rides from the airport to airport hotels, this one taking around 5 minutes, were between 15 to 20 Turkish Lira (~$4-$6). Cranky and wanting a bed before my flight, I paid the money, and went into the hotel.

To be fair, I was fuming a bit. After checking in, I asked to speak with a manager, in what was not the proudest moment of mine as a traveler. I had to wait a few minutes, but one came out and I let him know what happened – I showed him the e-mails confirming the shuttle would be there, I told him I waited, and then I told him I was ripped off by my cab driver.

I was told that sometimes the shuttles have issues stopping because of how crazy the airport is, and he asked what he could do to make it better. I swear I’ve never done this before, but the only thing I could think of that could make it better – especially given that it was already approaching 11pm and I had to leave the hotel around 5am – was an upgraded room, which I let him know. He smiled and said, “Why didn’t you say so? Of course!” I was handed a new key card, and pointed in the direction of my new room.

When I entered my room, I was stunned. It was a 2-story suite, with a massive living room, huge kitchen, and second-floor bedroom.

This room absolutely made up for the shuttle issues that I had. Sadly, I only had a few hours to enjoy the room, and most of it was spent sleeping.

Aside from the amazing room, there were a few things I really loved about the hotel: the customer service was fantastic, the WiFi was perfect, the bed was super comfortable, and it was close to the airport for connections. There was also a convenient shuttle that picks you up in front of the hotel every hour, taking you to Ataturk (which is much easier to find than trying to grab it at the airport).

If staying here, I would plan on taking a cab to the hotel to save the trouble of having to find a shuttle. Other than that, it was a great stay and I would definitely come back.