On one of the better flight deals I found in 2016, I booked a round-trip San Francisco to Istanbul flight for $471.25 on United and Turkish Air, with a layover in Frankfurt each way.

Although this fare was booked on Economy, United made a mistake and accidentally canceled my entire flight home, which I found out about 2 days before I was set to leave Europe (I was on the beach in Mykonos when I discovered I had no flight back!). By the time I realized this and let them know, there were no more seats left open in Economy for my Istanbul to Frankfurt flight, so United graciously switched me over to first class for the Turkish Air leg of the journey.

I had read great things about Turkish Air’s premium service in the past, and was excited to try it out, even if only for around 4 hours, the flight time between Istanbul and Frankfurt.

My first stop was to Turkish’s lounge in Istanbul’s Ataturk Airport. Ataturk is by no means my favorite airport in the world. Having arrived only a few months after the shooting there, I was a bit nervous, and had some unpleasant experience with being way over-charged by taxi driver and having another man scream at me when I tried to ignore his sales pitch.

Despite these negative experiences, I was excited to experience the Turkish Lounge in its major airport.  I was not disappointed. 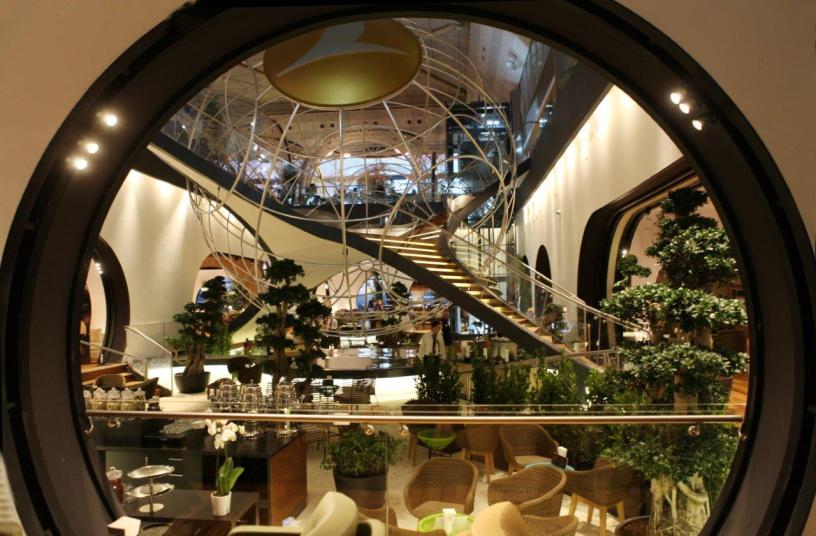 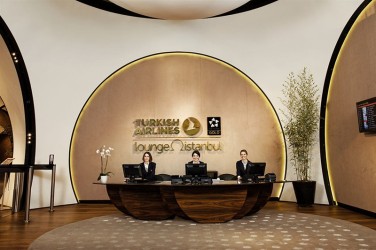 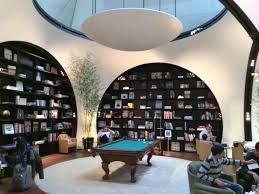 Turkish’s lounge is an opulent, 2-story restaurant, library, pool hall, movie theater, business center, and rest and cleaning area. Although there were more people there than expected, there was easy access to great food and drinks (though it was morning, I only noticed wine and no mixed drinks), seats were readily available, WiFi worked greats, and we were all away from the noise and stress normally felt outside the lounge’s gates in Ataturk.

After leaving the lounge, I walked to my flight where people were already standing in line, almost ready to push through. Knowing I was first class calmed me down a bit, and I did get through first when called, despite some pretty harsh looks.

When I was seated, I was so happy. There was so much open space, it felt bright, and I knew I was avoiding a mess of an economy service.  Of the 22 lie-flat first class seats available, maybe 10 were actually taken. This ration was good though, as one passenger was unable to get his screen on, and I was unable to recline my chair completely. Luckily, there were open seats for all of us, and I was switched into a new chair that worked perfectly.

The food service was amazing. Lots of bread, salad, and cheese, and some kind of chicken dish which was delicious. Despite the great food, I was a bit too focused on the amazing Blood Mary, and was soon laid  back in my chair watching Jurassic World.

Of all my flights during this trip – including flights to and within Greece – my Turkish first class flight was, not surprisingly, the best. Though the service was a bit below what I received when I flew Thai Air Royal Silk, part of it may have been the shorter flight distance. Turkish Air’s first class cabin is worth trying and I hope I have the chance to fly it again!